Mangiacane dates back to the 15th century and was built for the Machiavelli family with whispers that Michelangelo himself participated in the design.

Villa Mangiacane is a noble and majestic villa set on a cypress shaded hill, just seven miles directly south of Florence and near the town of San Casciano. The name originated from Latin, Magna Cane, which literally translates to 'great dog.' The local dialect transformed the name into Italian and Mangiacane. The dogs in which the name refers are Neopolitan mastiffs, which were originally used to guard the villa. Today the imposing stone dog sculptures atop the gate's pillars pay homage to the history of the house.

Mangiacane dates back to the 15th century and was built for the Machiavelli family with whispers that Michelangelo himself participated in the design. In fact, because of the significance of the owners and architects, the original buildings plan for improvements are housed at the Uffizi Gallery in Florence. These plans include a grander palace with a new wing, designed by Giorgio Vasari "Il Giovane" (nephew of the famous architect Giorgio Vasari).

Villa Mangiacane's fortune rose and fell over the course of two centuries. Sold by the Machiavelli family in 1645, the villa was turned over to the aristocratic family of Marchesi Mazzei who kept it until the mid 20th century. Damaged in the last War and lying dormant for nearly fifty years, Mangiacane was revived in 2000 by a prominent businessman and entrepreneur. Upon visiting the Mangiacane estate, he was immediately convinced by its enchanting character, history and strong architectural lines. "Seeing the Duomo framed by the arches of the villa's loggia, in a building designed by Michelangelo, where Machiavelli wrote The Prince, was an awe inspiring moment," he says, "Adding to the fascination is the exceptional Tuscan landscape which combines human artistry with nature's beauty.

Under the guidance of the Florentine architect, Gianclaudio Papasogli Tacca, and international interior decorator, Ralf Krall, the new owner commissioned a multi-million dollar renovation restoring the villa to its former splendor. Perhaps the most admirable details at the villa are found in the beautifully restored Renaissance frescos which were uncovered in the revival process. Frescoes were often created to commemorate weddings, birthdays or other important dates for the family. Although we cannot attribute a specific event for their creation, these paintings on the loggia are of a hunting scene, possibly of the Goddess Artemis.

Set among 600 acres of flourishing vineyards and olive groves, the private villa now produces four distinguished wines. The estate's 6,000 olive trees produce its own distinctive extra virgin olive oil and is liberally used by the kitchen to enhance the flavors of the local produce. The idea has been to produce fine modern tastes in a setting that could offer old-world hospitality to its guests.

The writing of The Prince

"The answere is, of course, that it would be best to be both loved and feared, but since the two rarely come together, anyone compelled to choose will find greater security in being feared than in being loved."

Niccolò Machiavelli, a central political figure in the Italian Renaissance, wrote his infamous political treatise, The Prince, at his studio in Albergaccio which was connected to Mangiacane by a private footpath. Machiavelli's work suggests that above all a prince must not be hated, yet strongly justifies rule by force rather than by law. It is a classic study on how to attain, use, and expand power. 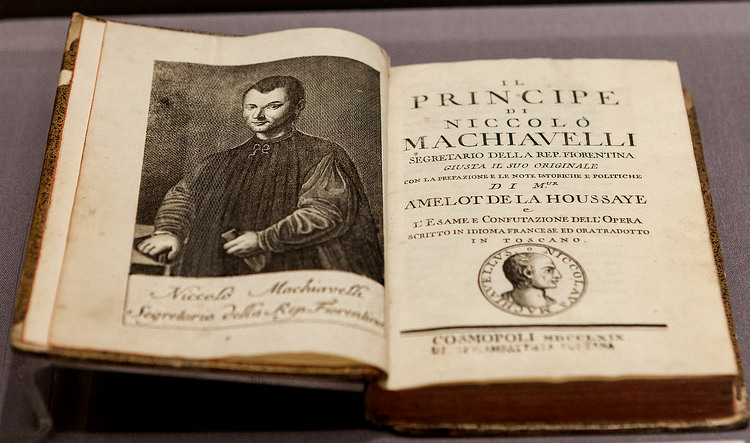 We have one of the most unique collections in Tuscany